How the world is harming the ocean—it's not just plastic

Over the last few decades, human activity has pushed the ocean to its limits. What is happening to the ocean and what can be done?

Dear Ocean, you're a best friend to all of us in the world—every human, every creature, every thing—and I apologise on behalf of us all. It's 2020 and almost every single day, there is at least one piece of terrible news about you. This should not be happening. You don't deserve any of it. Every year on June 8, people all over the globe celebrate World Oceans Day—how do you feel about all that attention you'll be getting? I understand it can be very macabre to know that you're only highlighted positively once a year, because, really, your problems are on the daily. Never-ending. And your problems consequently affect every human, every creature, every thing. It may not be today, but it will be someday if we don't do anything about it. 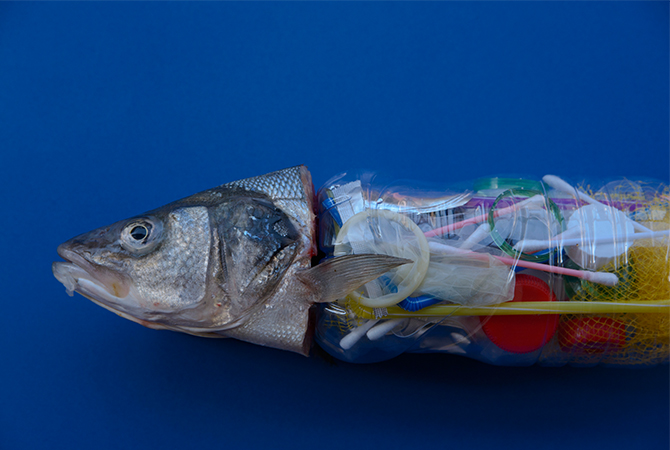 In the zeitgeist of 2020, with better technology and increased awareness, one would expect a higher magnanamity from human beings. Yet, day after day, I read the news and wonder if people actually grasp the seriousness of the issues that you, the ocean, face and is suffering from. Ingrained in our minds is the image of that turtle with a straw stuck inside, but what are we doing to make a difference? There seems to be an idea that the ocean is just too vast for it to be affected by anything we do. Not true.

Dear Ocean, I want people to stop taking you for granted. You're not just a seemingly inexhaustible supply of food and a useful transport route. You're also not a convenient dumping ground as you've now become. I guess, in order to understand how to start making a difference (albeit a small one), everyone (myself included) must first be willing to learn about the threats that the ocean is currently facing. There are so many and it's not just about plastic pollution. The threats range from unsustainable fishing to acidification to coastal pollution to aquaculture, among a multitude of others.

READ MORE: Check out these sustainable Instagram accounts to kickstart your green journey 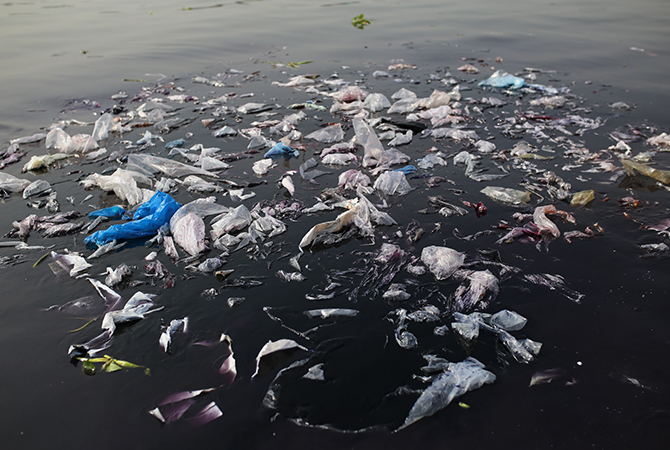 Let's start with one of the most prominent ocean threats: plastic pollution. Yes, single-use plastic is everywhere—straws, lids, coffee cups, food packaging, and soda bottles. I'm sure you can name more. An enormous quantity of these disposable products end up in the ocean even when recycling has been touted as the solution for many decades. It's alarming that more than eight million tonnes of plastic waste get dumped into the ocean every year. The unfiltered truth is that the ocean will end up being unfit for marine life and instead of a beautiful ecosystem, a desirable destination, a home for sea creatures; it becomes only one thing: a garbage dump.

Immediate and significant changes need to take place. Fortunately, all is not lost. Yet. There are people who are beginning to take action. This includes banning straws in establishments and outlawing the use of plastic bags. The bubble tea plastic cup crisis in SS15 (in 2019) is, and should be, a wake up call. Companies in Malaysia have also jumped on the bandwagon. For example, fast food chains stopped providing plastic straws for consumption and some restaurants even provide metal ones instead. While these changes seem small, they do build up and will make a difference. Really. We don't want to see turtles suffering with straws pierced through them anymore. I know I don't.

READ MORE: This is how you throw a zero-waste party 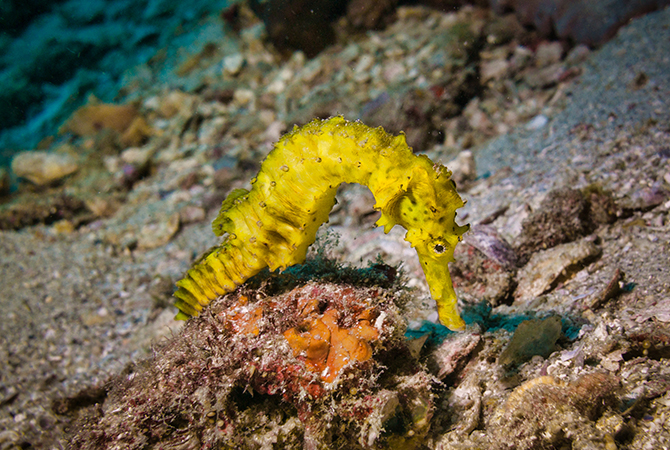 Dear Ocean, I know what else is threatening you. Acidification. Yes, it's shady business. Carbonic acid in ocean is formed by dissolved carbon dioxide and acidification affects the reproductive process of marine organisms. The greater the acidicity, the worse it gets. On the other hand, calcium carbonate is required by marine organisms to form their skeletons and shells; but with carbonic acid present (and increasing), that very essential calcium carbonate will continue to diminish. How does acidification really affect corals? Primarily, it decreases the density of the corals' skeletons (which means they break easier). According to Woods Hole Oceanographic Institution, the decline in coral skeletal density will continue, especially in the Coral Triangle—which includes Malaysia, Timor Leste, the Philippines, and Papua New Guinea.

Dear Ocean, you're resilient, evident with the case that happened in the Phoenix Islands, but let's face it; there's only so much you can do. The second largest Marine Protected Area in the world, the Phoenix Island Protected Area conserves one of the world's largest intact oceanic coral archipelago ecosystems. Since the area was made a Marine Protected Area, the full protection of the entire island archipelago by authorities has resulted in the gradual recovery of the coral reef from invasive human activities. However, there is still a long way to go. Authorities need to make the effort to understand what is happening and how to combat acidification. Unfortunately, places likes Perhentian Besar Island and Kecil Island might not be as lucky. If this goes on, they might be devoid of corals. It is true that acidification is a threat that hasn't been understood adequately despite throrough studies over the last decade, but it is an emerging global problem. There is still hope.

READ MORE: Will you be able to plastic-free for week? Find out how it went down for the team 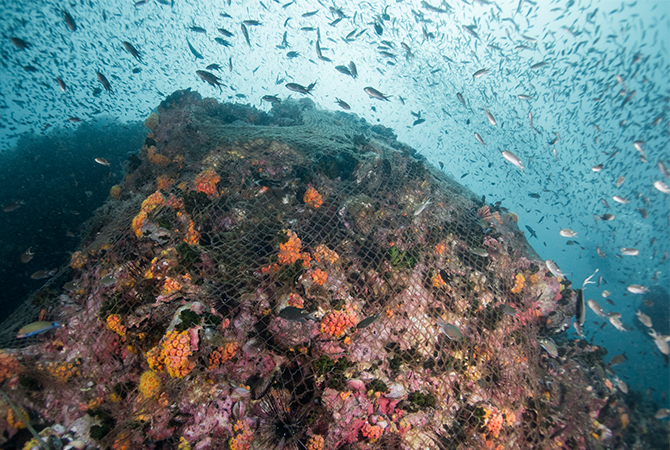 Another serious threat to the ocean? Overfishing. Fishes have been methodically depleted. The downfall began with small boats and rods, exhausting tuna and herring (pelagic fishes). The crisis continues with fishing going deeper and deeper. Unlike many other threats, however, experts already know how to fix this. Whether it's fish regeneration zones or marine protected areas, it all comes down to sheer will. The UN Food and Agriculture Organisation estimated that about 90 per cent of the world’s wild fish stocks were either fully or overexploited. Agriculture and Food Industry Minister, Datuk Seri Yahya Hussin, has proposed to tackle the issue of overfishing in Sabah by imposing a seasonal fishing ban. This will result in turning Sabah into a sustainable fishing industry, and the rest of the country shouldn't be lagging behind either. Dear Ocean, I won't turn a blind eye on you, and the rest of you reading this, you shouldn't too. 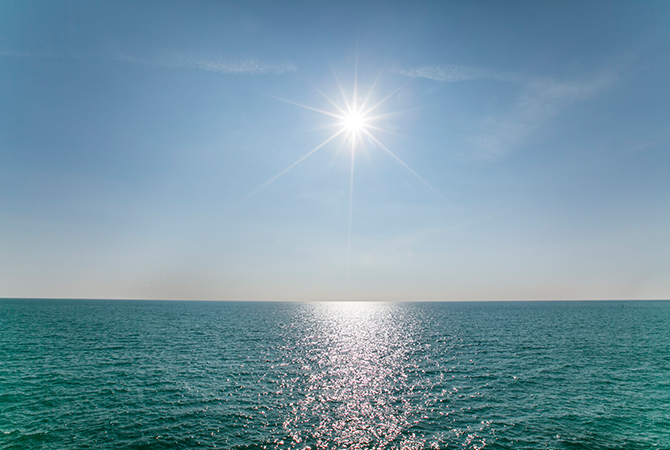 That being said, there needs to be actual execution rather than mere proposals or ideas. Something needs to be done, and soon. We should lower the number of marine animals dying from swallowing plastic or other pieces of trash thrown into the ocean. This is unfortunately happening a lot in Terengganu. Moreover, in states like Kedah, Penang, Perak, Melaka, Johor, and Pahang, reclamation projects affect the existing coastal communities. In a ripple effect, this brings upon unneccesary damages to the ocean. It's sad, so sad, it's a sad sad situation.

There are actions that can be done to protect both the ocean and marine creatures. One example is the expansion of the conservation and ecotourism in the country, which—according to WWF Malaysia—is estimated to bring in RM343 million in profits (compared to RM100 million from limestone mining). Wouldn't that highlight the clear idea that sustainable tourism and biodiversity conservation would benefit more economically (on top of benefiting the marine ecosystem)? It's apparent that that should be an incentive to protect the ocean. Furthermore, the expansion of conservation encourages heightened education of the environment (awareness), drives sustainable development, and most importantly, ensures that biological diversity of the marine ecosystem remains in the best condition.

READ MORE: Going on a vacation? These are four luxury eco-resorts in Asia 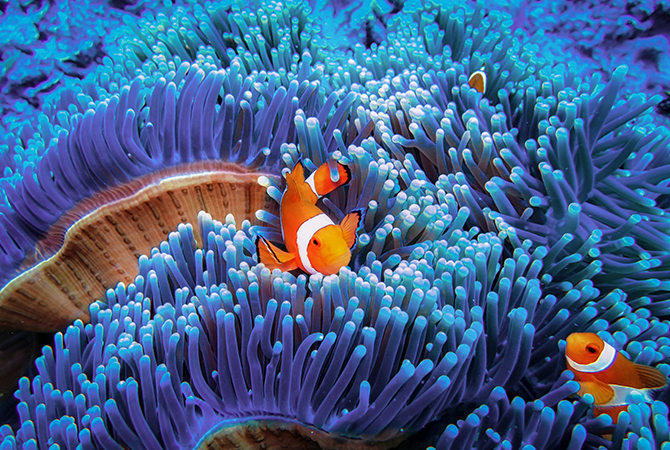 The state of the ocean, our dear friend, is worrying. As long as she's healthy, she sustains life, eliminates poverty, and promotes prosperity. She really does. The ocean is important and it is our objective in life—globally—to not mess up and to protect her as much as we can. There are still reasons to be hopeful. Some fisheries are recovering, coral reefs can be very resilient, and more of the ocean is protected from human activity. Like I said, there is hope so why are we still harming the ocean?

Would you still use a plastic bag/straw after seeing these photos?