An insider's guide to Ipoh

16/09/07
The head chef of Nobu KL shares his thoughts on Ipoh then and today, as well as recommends a couple of must-dos and must-eats in this quaint Malaysian town

He may be helming the reins of one of KL's favourite Japanese restaurants but the head chef of Nobu Kuala Lumpur still hasn't forgotten his roots. As we're out of the office and on the road this week for #BuroRoadTrip in Ipoh and Penang, it was only right that we sought an insider's thoughts and Ipoh-born Chef Philip Leong was more than happy to talk about his hometown, his childhood and how it has influenced his cooking, and his thoughts on Nobu KL's upcoming projects.

IPOH IN A NUTSHELL

Tell us your favourite memory of Ipoh.

The silky hor fun! And I remember a city that is surrounded by greens and limestone hills.

Ipoh was once a small town. We were a close knit community—everyone knew everyone; and Super Kinta and Komplex Yik Foong were the only two shopping 'malls'. 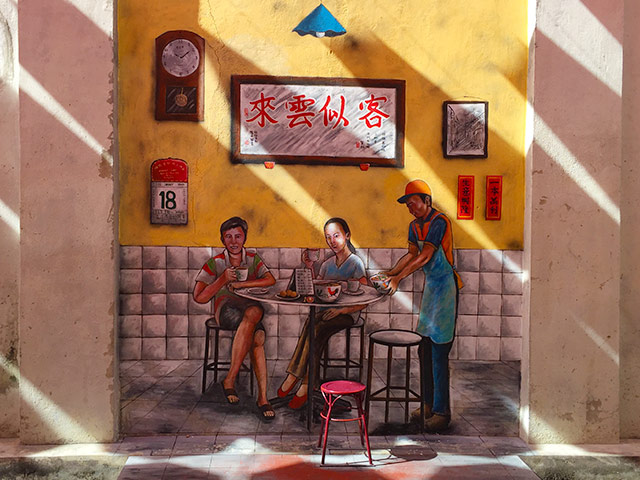 What do you think about the Ipoh of today?

Ipoh has come alive with new cafes, boutique hotels and even has its own street art scene. This 'rebirth' is drawing in many visitors from near and far.

There is great food to be had everywhere, and it is a city surrounded by beautiful mountains.

How has growing up in Ipoh influenced your cooking today?

Growing up in Ipoh, I have always had access to fresh ingredients and produce—either from small farmers or from Cameron Highlands. Since then, 'freshness' has always been a staple for me when it comes to cooking.

Tell us the story about how you left Ipoh and what did you pursue?

I left Ipoh at the age of 17 and went to Dublin, to—believe it or not—pursue my studies in Interior Architecture.

Three things we have to do while in Ipoh. 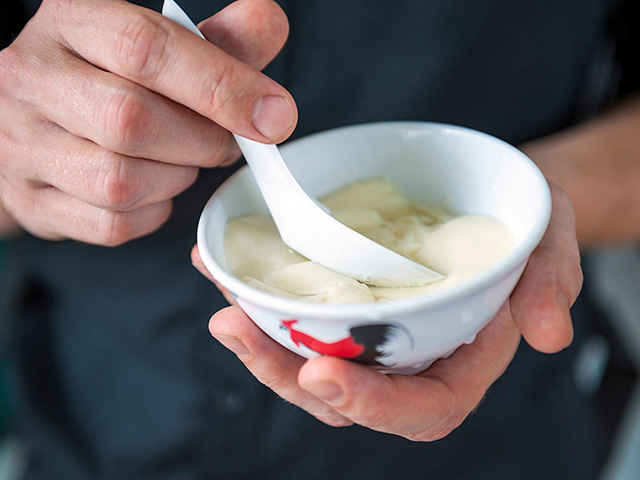 Three must-eats (and where) while in Ipoh.

Three best food/snacks to tapau back as souvenirs.

2. Sa chi mah. It's a sweet snack made of flour, butter, and sugar with a unique square shape consisting of strips of fried dough that are both crispy and fragrant.

Must-visits or heritage sites in Ipoh.

I can recommend two Heritage Walks starting from the iconic Railway Station: 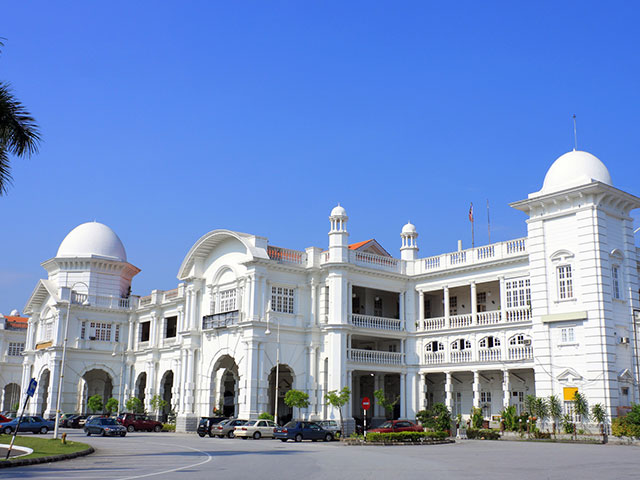 What incited your passion for the culinary arts?

During one of my university breaks, I went to New York to gain experience in architecture but ended up working in a Japanese sushi restaurant; and became inspired by the very exacting skills required of a Japanese chef.

Were the two somehow related?

In many ways, cooking and architecture share two key disciplines—precision and creativity.

Tell us the story of how you came to be at Nobu.

After practicing as an architect for three years, I decided to try something new and dabble in the culinary arts. I went to Europe to train as a chef. Then one day, as I was walking around Mayfair in London, I came across a sign saying Nobu was looking to hire chefs at all levels. I started with Nobu as a commis chef in 2005, and have not looked back since.

I start off with a cham ice every morning, and end with a won ton mee on Tengkat Tung Shin on most evenings (depending on whether the chef is working!). In between, it is always a day filled with new challenges—there is never a dull moment in the Nobu kitchen!

How do you destress?

What's the best advice Nobu Matsuhisa has ever given you?

"Never choose the easy way," is what he once said to me once—it is something that I hold close to me till this day. 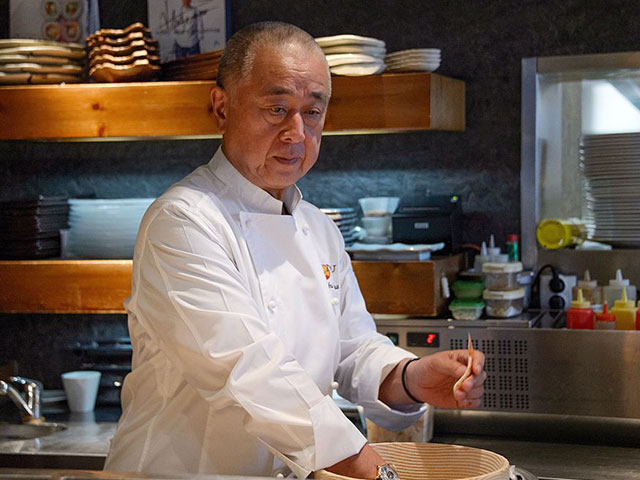 Congratulations, it'll be almost two years since Nobu KL opened its doors! How has the restaurant evolved from its first day to now?

When we first opened, we only served dinner. We then started to open for lunch where we designed special menus and introduced "Nobu-to-go" lunch bento boxes. Thereafter, we extended our opening hours to include weekends and just recently, we launched a new concept—a Nobu-inspired 'sky-high tea' which has gained immense popularity.

We are constantly innovating our seven-course Omakase dinners where new menus are introduced on a monthly basis. On a more upcoming note, we're proud to be working with Nobu London for the catering for the Singapore Grand Prix 2016.

If Ipoh was a food, it would be hor fun.

Another famous person from Ipoh you know is Michelle Yeoh.

If you can only eat one food from Ipoh for the rest of your life, it would be hor fun.

If you could cook for any person, dead or alive, it would be Le Corbusier.

If you weren't a chef, you would be an architect.

At your desk: Nobu To-Go

At your desk: Nobu To-Go