16/09/15 12:00
This Mid-Autumn Festival, have you prepared your mooncakes as offerings to the moon goddess?

Simple observation would suffice in revealing that the mooncake scene has become a pageantry of novelty flavours and attractive packaging to entice. Surprisingly enough, the meaning and origins behind the famed Chinese pastry seem to rarely be discussed; hence, remaining obscure knowledge. 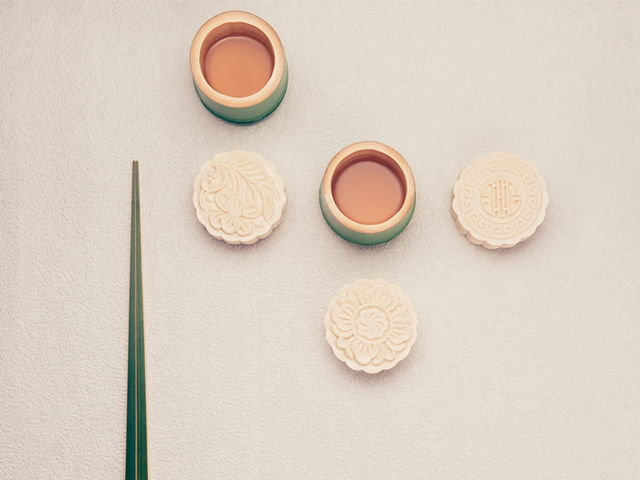 Besides being a symbol of reunion over the festive season, there are two main stories that float around; each with a slightly different spin, depending on its teller. Read along and perhaps, the dramatics would inspire the creation of a popcorn flavoured mooncake.

Starring: The Sun Warrior and the Lady on the Moon

Once upon a blistering summer in ancient China, there lived an archer Hou Yi and his wife, Chang'e in a dying land scorched by ten blazing suns. On a particularly sweltering day, Hou Yi, armed with the humble bow and arrow, took aim at the heavens and shot nine of the great suns down.

The queen of heaven bestowed upon him the potion of immortality for his valor but Hou Yi refused to drink it as he couldn't bear living past the inevitable passing of his wife. Unfortunately, as all love stories go, drama and tragedy ensued.

Hou Yi left the potion with Chang'e for safekeeping but unbeknownst to him, a plot to steal it was being hatched. A student of Hou Yi attacked Chang'e to obtain the potion, and to save her own life, Chang'e swallowed the drink of immortality. She escaped the clutches of death and began floating up into the sky till she landed on the moon where she resides till this day with her sole companion, a jade bunny.

From that day on, people often pray to her for blessings and protection. Mooncakes are laid out as offering to her during Mid-Autumn Festival.

Legend has it that the lanterns held in the hands of children during the time of festivities light the pathway in the skies for Hou Yi to be reunited with his star-crossed lover.

The story begins during the rule of Kublai Khan of the Yuan Dynasty in the 13th century. The Mongols had taken up power in the land and they governed it with an iron fist. However, although the Han Chinese were oppressed to a life of hardship, an uprising was brewing.

With every home heavily guarded, disseminating critical information proved tricky. Enter Liu Bowen, military consultant to the rebel army. He suggested that the rebellion took place on the night of the Mid-Autumn festival. Prior to that the rebel army distributed thousands of mooncakes to the Chinese subjects with a note hidden in each one, saying, "Kill the Mongols on the 15th day of the eighth month."

On that precarious evening, a huge uprising broke out and their revolt to overthrow the Mongols was a success. Since then, mooncakes have been a staple every Mid-Autumn festival, commemorating the legendary event that changed history.

Whilst we may not be able to vouch for the credibility of these stories, they could, at the very least, make for some flaunt-worthy trivia over mooncakes and tea.

Your guide to this year’s must-try mooncakes in KL

Your guide to this year’s must-try mooncakes in KL