A brief history of the ugly Christmas sweater

It all started in the '50s when the Christmas season became commercial. Initially called "Jungle Bell Sweaters", the pullover weren't as "ugly" as the designs we're used to seeing today. That said, they didn't exactly enjoy much popularity either.

The sweaters became popular in this decade thanks to singers Val Doonican and Andy Williams who donned the festive knit while performing on TV. They have both released Christmas albums over the years.

Aside from that, popular TV characters such as Cliff Huxtable (played by Bill Cosby) from The Cosby Show and Clark Grisworld (played by Chevy Chase) from National Lampoon's Christmas Vacation sported the sweaters in tacky patterns. By the late '80s, it became a staple during Christmas specials.

But in 2001, Colin Firth's character in Bridget Jones's Diary, Mark Darcy, reignited the trend when he appeared in a goofy reindeer jumper. According to the director of the film, Sharon Maguire, "The character of Mr. Darcy is a constipated English prig when we first meet him so we needed something totally ridiculous to pierce that pomposity. And for some reason neither Santas nor Xmas trees nor snowmen worked as well as that red-nosed moose or reindeer we chose."

During the decade, the popularity of the tacky festive sweaters has slowly faded, and they become pieces you would only find in your older relatives' closets.

Not long after the release of the film, Canadian duo Chris Boyd and Jordan Birch started a Christmas Sweater Party, and the rest is history. The idea has inspired many events across the globe 'til this day, and the sweaters have become a new tradition.

The ugly Christmas sweater enjoyed the high-fashion treatment during this decade. Stella McCartney, Givenchy, and Jean-Paul Gaultier were some of the fashion houses that have introduced their own iterations. Unsurprisingly, fast-fashion brands started hopping on the bandwagon too.

In 2011, fans of the trend created a National Ugly Christmas Sweater Day on December 21. It's a day to go all out and flaunt their garish renditions—the more festive-inspired details, the better. Today, a quick Google search will lead you to an array of options, from high-street to designer brands. 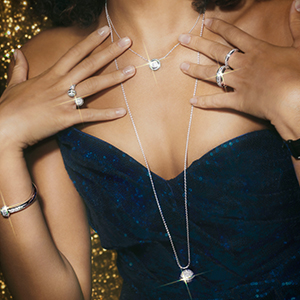 #SupportLocal: The meaningful Christmas gift guide your loved ones will appreciate