In partnership with Colossal Media, experts in hand painted outdoor advertising, Gucci has laid claim to a 2,500 square foot wall in the heart of Soho in New York City. 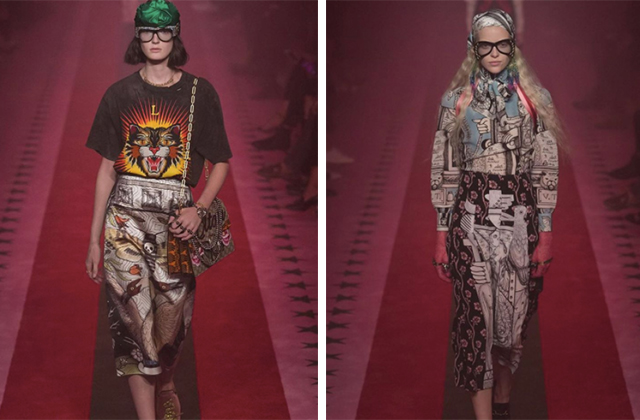 The entire mural was painted over the course of 6 days. If you happen to stroll past, launch your Snapchat app for a unique geofilter created by Fish herself.

The wall will be transformed throughout the year with works of a lineup of other artists. The current mural by Fish will be up from now until the end of March. Find it on Lafayette Street, between Prince and Spring Street.

Models and felines frolic in Rome for Gucci Spring 2017 campaign

Models and felines frolic in Rome for Gucci Spring 2017 campaign