One of the most anticipated fashion shows of the year, the brand has been sparking speculation on its next show venue since the beginning of the year, and it has been finally confirmed: Shanghai will be its next stop in November, following Paris, Cannes, London, New York City, Los Angeles and Miami in previous years. Its show at Grand Palais in Paris last year saw a bigger-than-ever ensemble, with some of the biggest music performers—Bruno Mars, The Weeknd and Lady Gaga—serenading the Angels (and audience) as they strut down the runway, and the USD$3 million Fantasy Bra made a dazzling appearance on Jasmine Tookes. Although it's only been a week since the audition for the 2017 Victoria's Secret show took place in New York, but the model line-up has been announced, and one thing's for sure: be prepared to see many new faces in this year's show. Here's what we know about the end-of-the-year event:

As the event will be pre-taped earlier, all social media postings will usually be restricted; while we'll still be able to have some sneak peek from the Victoria's Secret Angels—who are no doubt masters in social networking, keep your eyes peeled until the show date to watch it in all its glory.

Its seventh city (and fourth country) since the Victoria's Secret Fashion Show started in 1996, it has been reported that the decision to stage its show at China's biggest metropolis came after the lingerie brand opened its first flagship store in Shanghai earlier this year, as a part of its plan to expand globally. 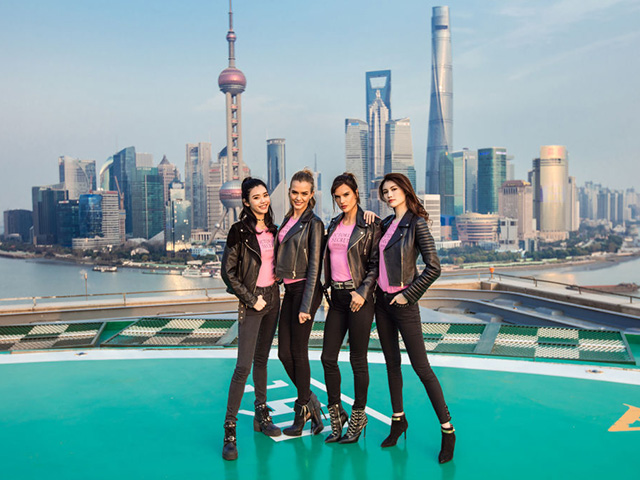 3.     Candice Swanepoel and Behati Prinsloo are back

After taking a year's hiatus following the birth of their first child respectively, the South African duo will be joining the rest of the Angels this year, including veterans like Adriana Lima, Alessandra Ambrosio, Lily Aldrige, Martha Hunt and more. Candice announced the news on her social media yesterday:

Based on the model line-up which was released so far, the 2017 Victoria's Secret Fashion Show will be one of the most racially diverse in history, with 15 black models such as Grace Bol, Amilna Estevao and Mayowa Nicholas in the line-up. Expect many new faces to be in the show as well, with around 18 out of the 57 models being newcomers, including Chinese models Xin Xie and Estelle Chen.

Gigi and Bella Hadid have both announced the news on their Instagram, and although it's their third and second consecutive year on the show respectively, they still can't contain their excitement, apparent through their posts below. We're looking forward to their sisterly interactions behind the scenes (and on-stage)!

@victoriassecret I am so excited!..!!!!Thank you @monica.mitro @10magazine @johndavidpfeiffer and of course the wonderful, incredible @ed_razek + everyone on the team for making this dream come true again.. I feel so crazy humbled to get the opportunity to be a part of this show again...Walking into the offices this year i felt so happy, healthy, and honored.. I can't wait for another incredible experience!!! Congrats to all of the beautiful ladies I will be walking beside. I can't wait! Xx

Although Hailey Baldwin was spotted at the castings a week ago, it has yet to be announced whether she will join the rest of the crew and don her first Angel wings. Also notably absent from the line-up is fellow It-girl, Kendall Jenner, who made her Victoria's Secret runway debut two years ago. The Angel who'll be wearing the covetable Fantasy Bra, and the musical performers will be revealed at a later date.