The 10 Most expensive sneakers ever sold

Sold via: An auction by Sotheby's, in partnership with English Sole

A 2009 collaboration between Nike and Undefeated, the Fukijama Gold Air Force 1 was created in commemoration of the hit HBO series, Entourage. The shoes were auctioned alongside 49 pairs of rarest Nikes ever produced.

#9 Single Nike Mag 'Back to the Future II'

Sold via: An auction by eBay seller Shoezeum

This single Nike Mag sneaker was one of the only original movie props that were made for Michael J. Fox in the Back to the Future II. It features a blue foam sole and LED lights in the heel. Although the back part of the shoe has disintegrated, the crumbles were gathered and preserved in a plastic container.

Sold via: An auction by Dragon 8

Five years after Nike launched a non-self-lacing version in 2011, the brand finally released 89 pairs of self-lacing Mags which were inspired by Marty McFly's pair from Back to the Future II. They were sold via a charity raffle, and one of them was auctioned off by Hong Kong-based firm Dragon 8 for US$104,000.

These Air Jordan 12s were worn by Michael Jordan during the 1997 NBA finals, in which he was suffering from flu-like symptoms. That said, he went on to score a game-high 38 points and won the game for the Chicago Bulls. The shoes were sold by Preston Truman, a former ball boy for the Utah Jazz.

Sold via: Christie's, in partnership with Stadium Goods

This pair of Air Jordan "Olympic" was worn by Michael Jordan during the Dream Team (aka the US Olympic basketball team)'s gold-medal game in Barcelona in 1992. The colourway was specially designed for him for the Olympics.

Before Michael Jordan signed a deal with Nike, the Converse Fastbreaks were his go-to. This pair, in particular, was worn by Jordan during the 1984 Olympics for a gold-medal match against Spain, and they were retrieved by a ball boy who worked at the game.

Sold via: Sotheby's auction, in partnership with Stadium Goods

Purchased by Canadian entrepreneur Miles Nadal, this pair of Waffle Racers is the only pair out of 12 that was unworn. They're designed by Nike's co-founder Bill Bowerman and handmade by one of the brand's first employees, Geoff Hollister.

These game-worn and autographed Air Jordan 1s from Michael Jordan's rookie season sold for a final price of US$560,000. According to Sotheby's, the sneaker is part of a signature line that Nike created for Jordan to persuade him to sign a sneaker deal with the sportswear company.

Sold via: Online auction by Christie's, in partnership with Stadium Goods

The 2020 documentary The Last Dance, which chronicled Michael Jordan's final season with the Chicago Bulls, led to a revival in the Jordan fever, and these Air Jordan 1s was the pair that he was wearing when the force of his slam famously shattered the backboard during a pre-season game in Italy in 1985. The piece of glass that was lodged in the sole of the left shoe is still intact.

The prototype of the original Nike Air Yeezy 1—Kanye West's very first pair of sneakers that were created for Nike in 2008—is the most expensive sneakers in the world. Sold for US$1.8 million to sneaker investment platform Rares, the shoes made its debut during the 2008 Grammy Awards during his performance of Stronger and Hey Mama. 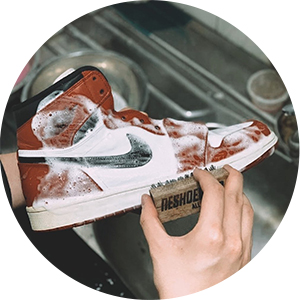 Sneakerheads: These are the best sneaker cleaning and repair services in the Klang Valley

Shoe Care 101: A DIY guide to cleaning and caring for all the shoes you own

Sneakerheads: These are the best sneaker cleaning and repair services in the Klang Valley