17/11/12 16:30
System's Co-Founder and Editor explains how in an era where fashion fans want more, more, more, the Buro 24/7 x System partnership aims to deliver just that

When, in the late 1980s, LVMH chairman Bernard Arnault realized that you could design and manufacture a handbag, market it by combining the allure of savoir-faire and luxury fashion, and sell it at a considerable mark-up, he set the tone for what fashion has now become. A global industry, operating on a truly industrial scale.

Today there are more brands, more designers, more collections, more stores (well, that's probably changing), and more fashion fanatics than ever before. Fashion has become a lifestyle choice. And shopping for fashion is a form of entertainment—like going to the movies, hitting the gym, or listening to music.

At the heart of this seismic shift is a professional community that itself has grown exponentially. So, in the same way that people sometimes mourn the end of 1960s Italian car design, others still shed tears for the days when the fashion industry was smaller, more elitist, and for insiders. Others argue that the bigger the industry, the greater the opportunities. More jobs. More students. More future fashion designers, future CEOs, future brand owners. 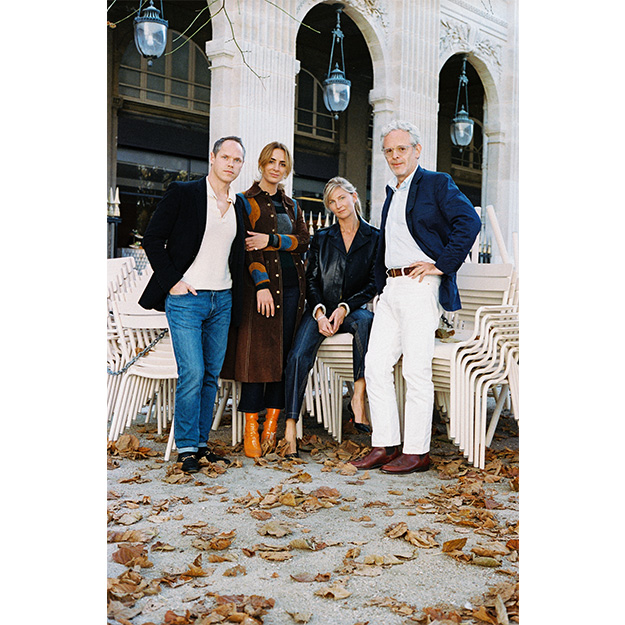 At System, we've always been fascinated by the kids who queue overnight outside Supreme and Palace stores in London and New York. Those teenagers with swag and smartphones, plugged into fashion branding and distribution culture, channelled through the attitude and apparel of streetwear. Whether these kids actually wear the latest limited-edition Supreme 'drops' or simply resell them on eBay isn't really the point. Sure, they were the first generation to be raised on Apple products and social media, but they've also grown up with fashion branding in their blood. For them, mixing art and commerce isn't an existential crisis. It just is what it is.

We like to think that in one of these queues, at 5.30am on a rainy London morning, two kids will meet for the first time in front of Palace. They'll compare Instagram accounts (and followers: "mine are bigger than yours"), and strike up a friendship based on their shared interests and ambitions. And who's to say those two kids won't go on to create the next Supreme? Or Nike. Or LVMH. The bigger the better.

I recently found myself in the sleepy Californian suburbs, making a film for an international fashion brand. The basic premise was: 'Shoot kids on BMX bikes wearing the product, in the same location where Steven Spielberg shot E.T.' More out of curiosity than anything, I started interviewing the cast members—14-to-16-year-old skate kids living in and around the town of Santa Clarita.

"Are you interested in fashion? What brands do you like? What music are you into? Who are your heroes? What do you want to be when you grow up?"

Four of the seven kids said they wanted to work in fashion. Just like their hero, Virgil Abloh, one-time creative director for Kanye West, now head honcho of the brand Off-White.

I was blown away. I was expecting their heroes to be sports stars, hip-hop artists. Possibly Steve Jobs.

"'Cause he's smart, he's got swag, the shit he designs is awesome. He's, like, the perfect combination of high fashion and dope music."

These were the words of 14-year-old kids from the 'burbs.

We're living in a world that has an insatiable appetite for fashion. A globally-connected digital community whose lives are informed by and sold to via fashion's values, fashion's language, and fashion's incredible alchemy. Their access to all kinds of information—true facts or otherwise—is a given. And they really want to know about fashion. How to get into fashion school. How to get ahead without going to fashion school. How to bag an internship with a global brand. How to start their own brand. How to put a business model together. How to get their hands on the latest collaboration drops in Dover Street Market.

So, for a print magazine like System to partner with a digital-native company like Buro 24/7 feels like a smart, natural and ambitious fit—one that reflects the changing face of fashion and its rapport with the global consumer. System's principal editorial concern is to present important, entertaining, newsworthy stories and images about the fashion industry and its impact on the broader world. This could mean a conversation between Miuccia Prada and Raf Simons; a Juergen Teller photoshoot with Kim Kardashian and Kanye West; a supplement about Calvin Klein's new era as seen through its advertising campaigns; an interview with a Hollywood starlet. A whole number of things.

But now, thanks to the Buro 24/7 x System partnership, this can mean literally anything. An interactive digital game, an event, a short film, a capsule collection, a pop-up store, a series of Instagram Stories from backstage at a Cruise collection show in the desert. Anything. And with Buro 24/7's ability to share these stories with you—an existing global community that, just like Virgil's suburban fans, is hungry for fashion—we can create an ongoing, engaging, and immediate rapport with our community.

The notion of B2B publishing sounds small and insular. But fashion is an industry that currently generates $2.4 trillion every year. There is nothing 'insider' about fashion today. Fashion awards ceremonies are as 'mediatised' as the Oscars or the Superbowl; fashion documentaries premier on Netflix and HBO, alongside House of Cards and Hollywood blockbusters; fashion-figure meltdowns now trend on Twitter.

End-of-season 'friends-and-family' product sales used to be an economical way for fashion houses to rid themselves of the dead stock cluttering up their PR offices and factories. These days, they represent a not insignificant proportion of a company's annual revenue—just by selling to people already in the industry, arguably the most ardent fans of fashion in the world.

This all goes some way to explaining the reasoning behind the Buro 24/7 x System partnership. Brands with big media budgets are greedy. They want digital. They want print. They want events. They want social media. They want celebrities. They want influencers. They want behind-the-scenes figures. They want everything. And why shouldn't they? After all, that's what tomorrow's consumers want.

That, and to become the next street/skate/luxury/fashion/hip-hop/architecture/DJ behemoth.

So, we hope to give them everything.