For his SS17 show, Joseph Altuzarra took a little trip down kitschy road, presenting looks that were decidedly more joyous, flirty and fun compared to his previous collections—it was a fresh deviation, but one that still showcases his intrinsically sophisticated and refined taste in design. The inspiration behind this shot of eclecticism? David Lynch's Wild at Heart. Statement looks of a cute cherry-print ruffled bralette paired with a python-denim pencil skirt, and an evening dress embellished with sequinned lemons and pineapples were presented alongside a gingham coat with lace trimmings and an army green shirt dress, rounding up a collection that will no doubt cater to a diverse set of consumers. 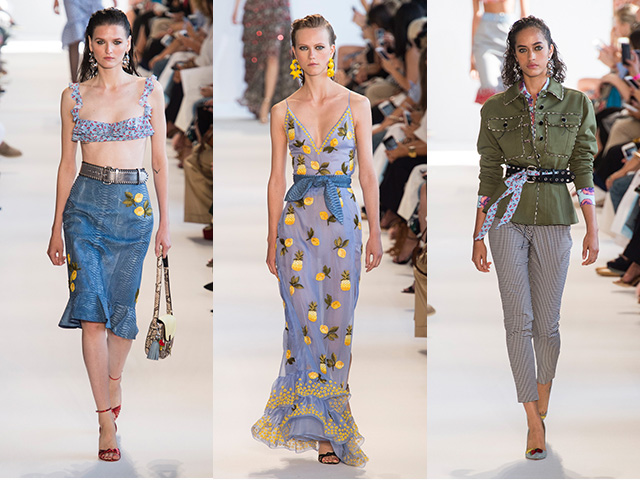 At Sies Marjan's sophomore fashion week outing, designer Sander Lak proved that he is here to stay with a solid SS17 collection that had us wanting more. Silhouettes were languid, and the clothes moved with a beautiful sense of effortlessness. Doused in saturated hues and light pastel shades, the slipdresses, camisoles, crisscross tops, billowing skirts and pants with flared hems came floating down the runway and straight into our wishlists. This season, Prabal Gurung went out on a mission to empower women, dedicating his SS17 collection to his mother and her stand against male chauvinism. He was also inspired by American feminist journalist Gloria Steinem. This translated, literally, into a silk dress with flute-sleeves and printed with fine scripts of famous speeches by prominent women, and a tee embroidered with a quote on hope by poet Emily Dickinsion - "It's the thing with feathers that perches in the soul" - and instead of the usual gowns that closed the show, three pantsuits featuring commanding silhouettes in black and white served as the final looks. 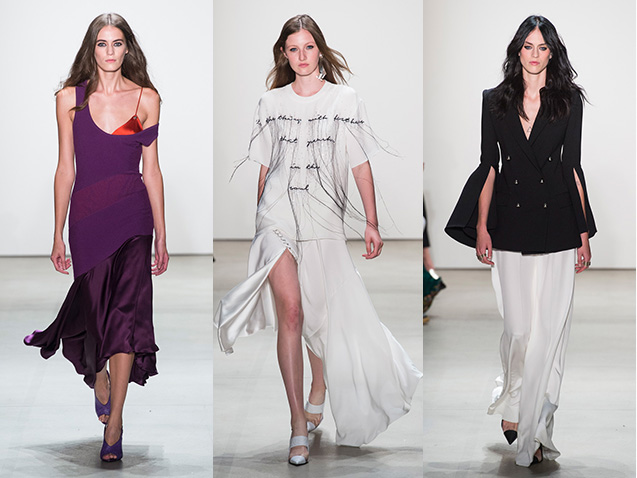 Near the end of the day, Humberto Leon and Carol Lim of Opening Ceremony staged an innovative presentation dubbed the #PageantOfThePeople to showcase their SS17 collection. Part runway show, part celeb political commentary to encourage people to vote, the show was hosted by Carrie Brownstein and Fred Armisen. Claire Danes, Andrew Garfield and Aziz Ansari were amongst the audience last evening, while a mix of female comedians, actresses and models (including Rosario Dawson, Rashida Jones and Whoopi Goldberg, "contestants" of the "pageant") strutted down the runway for the label. When asked why should one vote, Goldberg, who closed the show, coolly replied: "You should vote because if you don't vote, you can't bitch." True that. 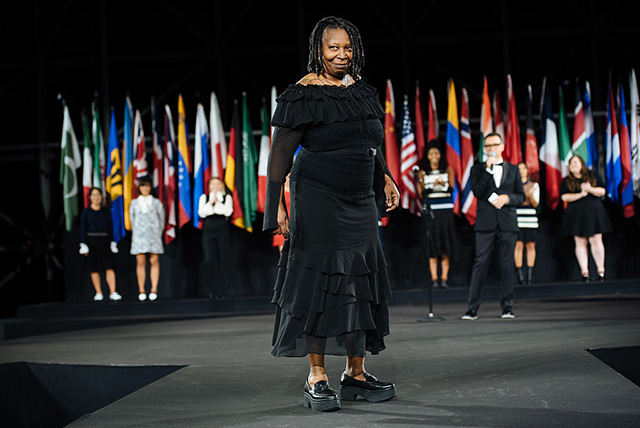