Now at DPAC: ‘Shadow in the Sun’, a tale of royal rivalry

Once upon a time, there lived two prominent queens: Queen Elizabeth I, who succeeded the throne of England in 1558, and Mary, Queen of Scots and according to some, the rightful queen of England. The two were royal cousins, but the relationship between them was one that was deeply embroiled in royal politics and rivalry that ultimate resulted in the execution of the latter.

Today, watch the tale of royal rivalry come to life at Damansara Performing Arts Centre (DPAC) with Shadow in the Sun, a play based on historical documents, letters and contemporaneous accounts covering the 'Game of Queens' that took place nearly 500 years ago. Directed by Dato' Zahim Abakri, it features a stellar cast with Susan Lankaster playing Elizabeth I and Sarah Shahrum as Queen Mary. 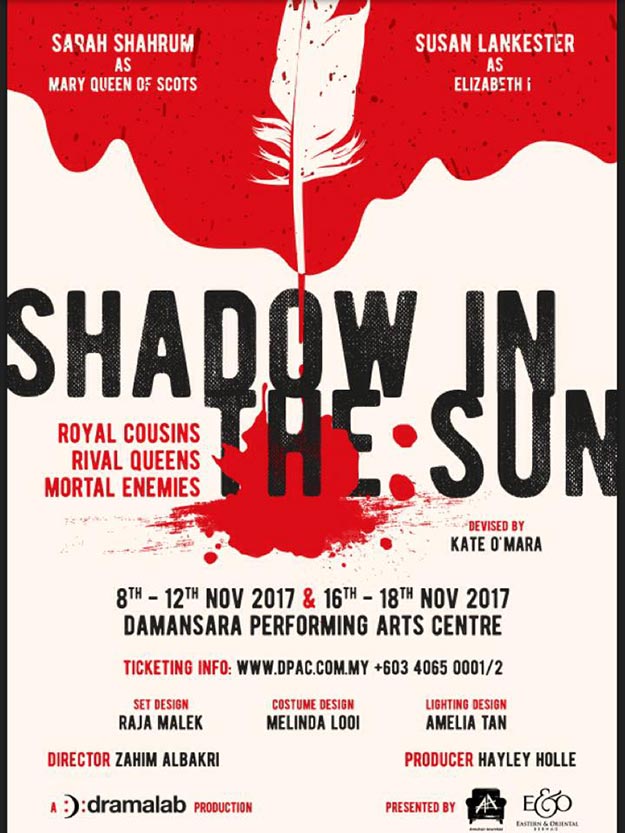 Top music gigs to catch in KL this month: November ‘17