The trailer for the new Charlie's Angels movie is here

ICYMI, a new power trio is set to take over the franchise. The upcoming reboot stars Kirsten Stewart, Naomi Scott and Ella Balinska as Charlie's Angels, while the Bosley guiding the girls will be played by Elizabeth Banks, who also helms the director's chair for the film. Judging by the trailer, it will be a action-packed, girl power fest all right—even the theme song is sang by an unlikely trio made up of Ariana Grande, Miley Cyrus and Lana Del Rey. The new Charlie's Angels will be in cinemas on 15 November.

Didn't get enough of the epic movie during its earlier release? Catch it again at a cinema near you, this time with extra footage to reel fans in. "Not an extended cut, but there will be a version going into theaters with a bit of a marketing push with a few new things at the end of the movie," Marvel head Kevin Feige told Screen Rant. "If you stay and watch the movie, after the credits, there'll be a deleted scene, a little tribute, and a few surprises." This just might tip the film's box office earnings to surpass Avatar's $2.78 billion record—its number stands at $2.73 billion at the moment.

You've probably heard of the whole debacle surrounding Kim Kardashian's latest venture by now (you can read more about it here). TL;DR KKW named her brand after the traditional Japanese garment and even filed trademarks for the words "Kimono", "Kimono Body," "Kimono Intimates" and "Kimono World" (which are still pending), and quickly (and rightfully) came under fire for cultural appropriation. Even the Mayor of Kyoto, Daisaku Kadokawa, has spoken out, urging Kim to reconsider the name in an open letter: 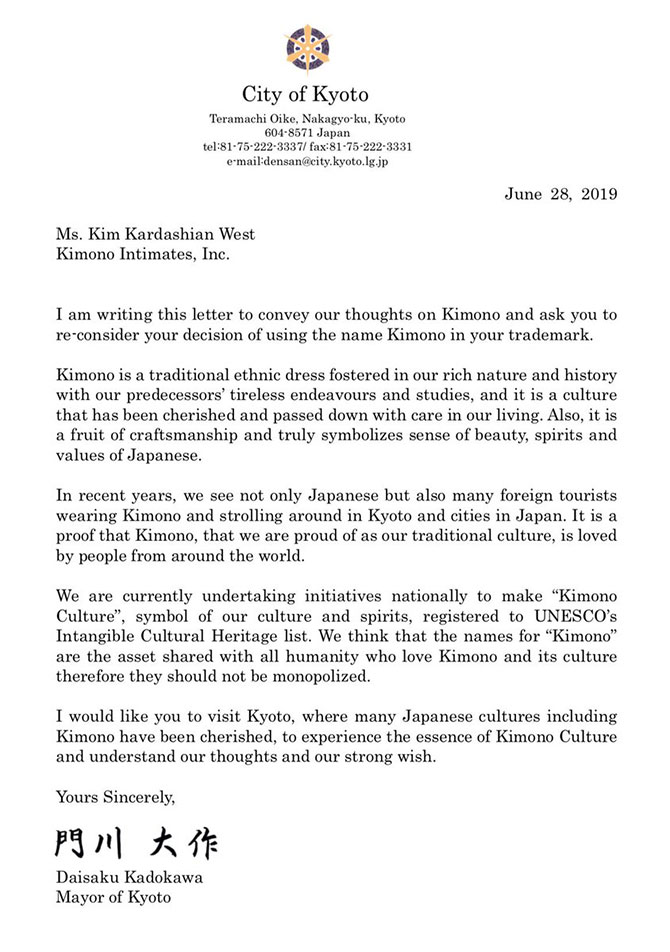 Following their Las Vegas nuptials back in May, the couple said "I do"for a second time at Le Chateau de Tourreau in Provence over the weekend. Turner's GoT co-star Maisie Williams was her maid of honour, while the other Jonas brothers and Joe's DNCE bandmates were his groomsmen. Earlier in the week, the couple commemorated their trip to France with the sweetest matching posts on Instagram, complete with the same caption.

In other showbiz romance news, Malaysia-born director James Wan has announced his engagement to Romanian-German actress Bisu on Instagram. Bisu most recently starred in The Nun, which was produced by Wan. The couple has been spotted attending several movie premieres together in the past few months. Congratulations are in order!

What’s next for the cast of Game of Thrones?