Surrounded by a sky full of stars—or a galaxy of programmed drones, to be accurate—Lady Gaga kicked off her halftime set with a patriotic belt of 'God Bless America' and 'This Land is Your Land' as the fleet behind her converged to sketch out the American flag. Standing high above the crowd she proclaimed the final lines of the Pledge of Allegiance of the United States:

"One nation under God, indivisible, with liberty and justice for all." 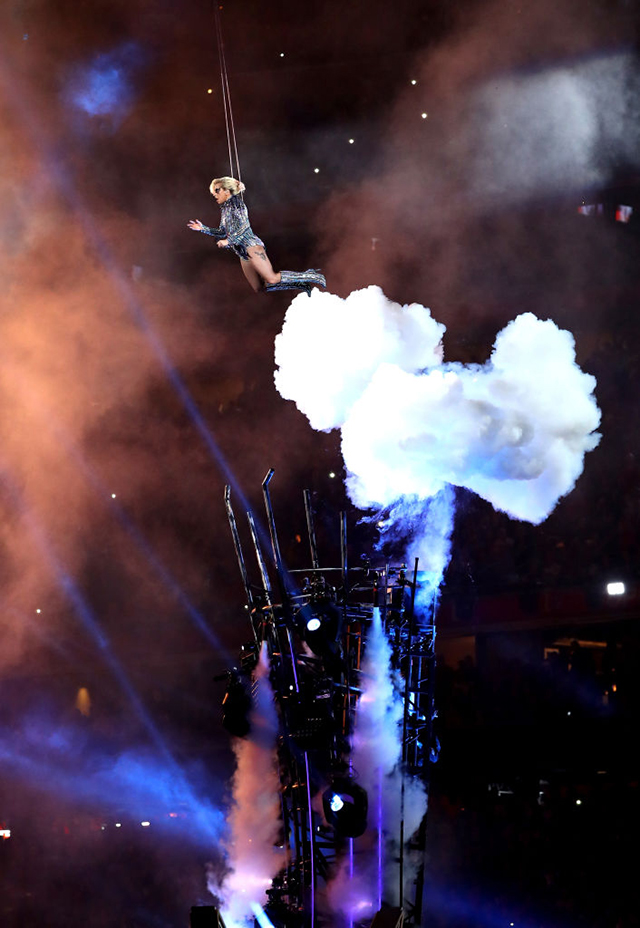 With that, Gaga plunged off the roof and down into the Super Bowl stadium below and launched into an epic spectacle of pop revelry. Clad in a crystal-covered body suit, the Mother Monster performed a playlist comprising her biggest, career-defining hit singles. 'Edge of Glory' and 'Poker Face' involved cable-supported mid-air acrobatics, 'Born This Way' embraced diversity, a keytar stole the show in 'Just Dance' and 'Million Reasons' included heartfelt shoutouts to the singer's parents. 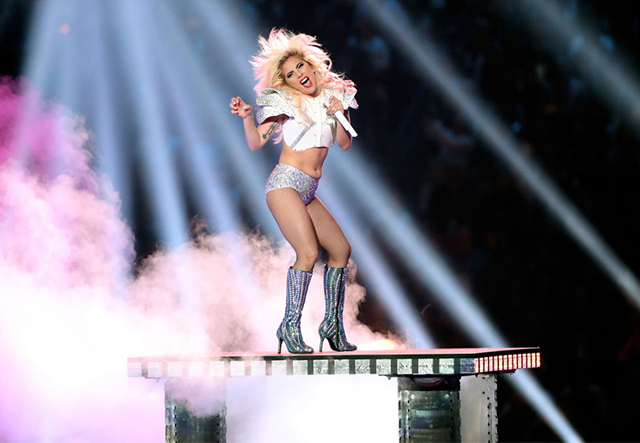 Having promised to steer clear of politics in a press conference held prior to the event, Gaga's performance focused on a message of "inclusion". The outspoken 30-year-old performer however made a subtle but clear stand in light of the current political clime under the Trump administration by choosing Woodie Guthrie's song 'This is Your Land'. Often used as an anthem in protests of the new governance, the song's lyrics which go, "There was a big high wall there that tried to stop me” could not speak any louder.