So speculated headliner Kanye West is not in the lineup (reportedly due to stage issues), but at least one other name that was in the rumour mill is in—Childish Gambino will be taking the reins on day one of the festival. Fellow headliner Tame Impala is set to perform on day two while Ariana Grande will close out Coachella on Sunday night. This makes Grande the third woman to headline the festival since its inception in 1999, after Bjork (2002 and 2007) and Beyoncé (who could forget last year's #Beychella?).

Also in the lineup is Blackpink, who will be the first K-Pop girl group to perform at the festival. Other heavy-hitters in the bill include Janelle Monáe, the 1975, Anderson .Paak & The Free Nationals, Solange, Kid Cudi, Billie Ellish, Khalid, Zedd and Chvrches. Check out the full lineup in the poster below: 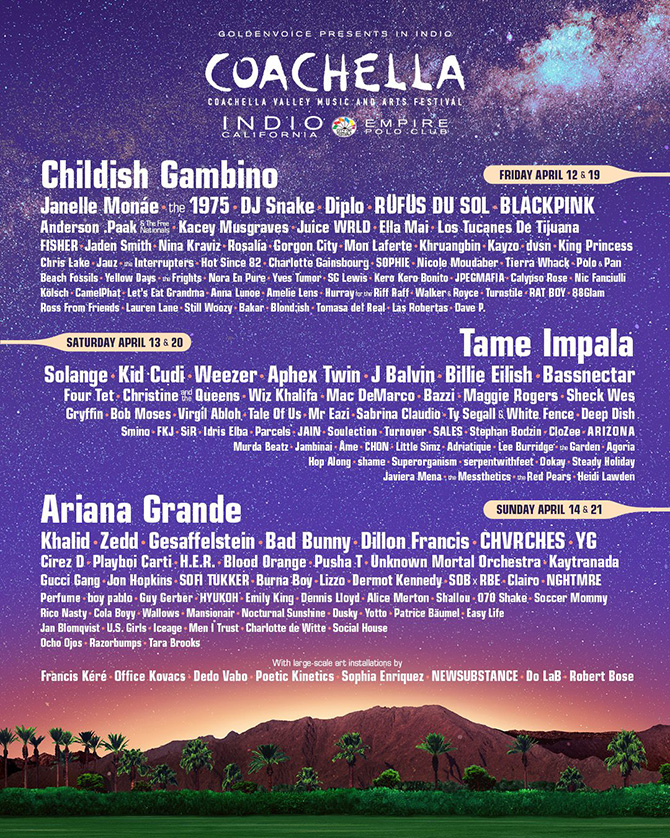 #Beychella: How Beyoncé made Coachella her own

Gigs in January 2019: Kyle, A Tribute to Amy Winehouse, Elephant Gym and more