Louis Vuitton has long been known for pushing the boundaries when it comes to collaborating with the world of art and pop culture. Most recently, the rich world of video gaming has joined the list, in a rather rare fashion and video game collaboration. As any major pop culture impact would eventually be celebrated in some way or another, this time it's one of the longest-running video game series hailing from Japan, Final Fantasy, whose characters have become icons in their own right.

Creative director Nicolas Ghesquiere announced that the leading lady from Final Fantasy XIII, Lightning, would front "Series 4" of the maison's spring/summer 2016 campaign. The introduction of this character into the world of fashion doesn't seem out of the ordinary though, especially when you look back at some of Louis Vuitton's collaborations with icons of Japanese culture such as artists Takashi Murakami and Yayoi Kusama. 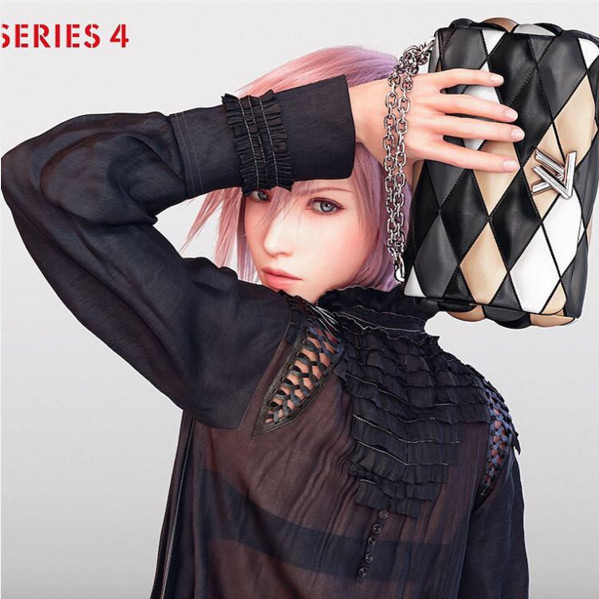 In this campaign - created in partnership with Square Enix artist and designer Tetsuya Nomura - Lightning dons a few runway looks from the collection, which was unveiled back in October. As the collection most obviously bared influences from anime, sci-fi and computer culture, it isn't so surprising then, that Ghesquiere would continue to delve creatively into the digital world.

Head to Ghesquiere's Instagram to watch the campaign video.