Hello pop culture junkies! Welcome back to another edition of Pop Culture Catch-Up (sans podcast) as we discuss the biggest news of the week in the entertainment circle. This week's headlines include: Exo member Chen's new album Dear My Dear, the Robert De Niro discrimination lawsuit and Demi Lovato's trip backlash. Now on to the top trending news!

Demi Lovato faces backlash for her visit to Israel

What might seemed like just another vacation has now been treated as choosing a political stance. While Demi Lovato had a great time in Israel, there is an ongoing conflict between the United States and Palestine—which the Cool For The Summer singer is now unfortunately intertwined with. She even had to turn off comments on Instagram.

The singer responded to the backlash with the following, "I'm extremely frustrated. I accepted a free trip to Israel in exchange for a few posts. No one told me there would be anything wrong with going or that I could possibly be offending anyone. With that being said, I'm sorry if I've hurt or offended anyone, that was no my intention". She continued her apology by saying, "this was meant to be a spiritual experience for me, not a political statement and now I realise it hurt people and for that I'm sorry. Sorry I'm not more educated and sorry for thinking this trip was just a spiritual experience.".

For the singer, this was an opportunity to visit the places she grew up reading in the Bible. What do you think? 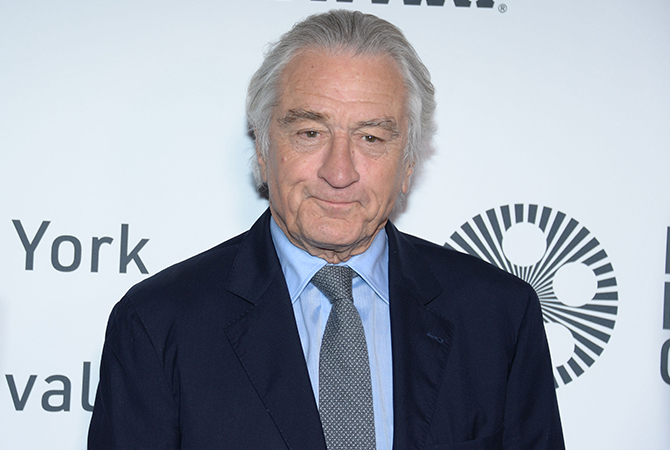 Two months after the legendary actor sued Graham Chase Robinson for alleged embezzlement, she has now done the same to Robert De Niro—for alleged gender discrimination and wage violations. De Niro and his company are accused of subjecting her to "years of gender discrimination and harassment" and a "hostile work environment." That isn't all. Derogatory names were said to be used to call her including b***h and br*t.

In addition to that, Graham Chase Robinson claimed that "she typically worked 11-hour days with no meal breaks and no overtime pay" as well as given traditionally female roles such as hanging clothes and washing sheets. If you think that's all, you're wrong. Robert De Niro was also said to have uttered sexually-charged comments. How much is she seeking for damages including back pay, front pay, compensatory damages, liquidated damages, and punitive damage? Well, $12 million (approximately RM50,217,900).

All of these claims are alleged and we shall wait to see what happens in the future.

Dear My Dear is finally here! The vocalist from South Korean boy group Exo has just dropped his latest album, following April, And A Flower earlier this year. It comprises of six songs, including My Dear, Amaranth, and Good Night. Chen said this in a press conference—"while preparing for this album, I realised how hard love is. I truly hope that there are a lot of people who are happy. It's hard for me to define what love is personally, but I hope every day is overflowing with love. I hope listeners feel comforted and loved while listening to every single song in my album".

It seems like things are off to a great start for Chen. Shall We, the album's lead single (or title track) shot straight to the top spot on iTunes charts in 36 countries, including Thailand and France.

Nobody saw this collaboration coming but it's here. Both the digital single and music video for These Nights were released on 88Rising's YouTube channel (Rich Brian's label). Both the former girl group member and the Indonesian rapper showed different sides in the song and accompanying video. While Rich Brian, known for his verses and low voice, sang, Chungha can be seen to be laid-back—instead of her usual powerful choreographies. These Nights is a synth pop track reminiscent of the 80s with a punchy base and smooth R&B hooks. Korean and English are both utilised as well. What are your thoughts on the song and music video?