Dan Lain Lain: What it’s like growing up in Malaysia being labelled the 'others'

Hello from the other side

In Malaysia, if you're a mix of at least two different ethnicities whereby your paternal side is not one of the three main races (Malay/Chinese/Indian), chances are, you'll fall under the 'dan lain lain' category, which directly translates to 'and others'. Fun fact: less than one percent of Malaysians falls under this demographic.

Thanks to the boom of interracial relationships and intermarriages in our country since the Portuguese, Dutch, British, Japanese, and many others stepped foot onto our shores (and stayed on after independence), there have been many new faces that now represent Malaysia, thus blurring the lines of what a typical Malaysian should look like (a topic of debate especially when it comes to representation at international beauty pageants). With that, new nicknames have also been coined, such as 'budak campur' (mixed kid), 'budak celup' (Pan-Asian kid), 'rojak' (a local mixed fruit salad dish) and 'serani' (Eurasian), among others.

Growing up as one of the 'others' myself, I was quite the confused kid and have had some interesting questions (and reactions) directed towards me throughout the years. This Merdeka, I began reminiscing about those good ol' memories. Here's where it all started:

1. Filling up the race section on a form in primary school 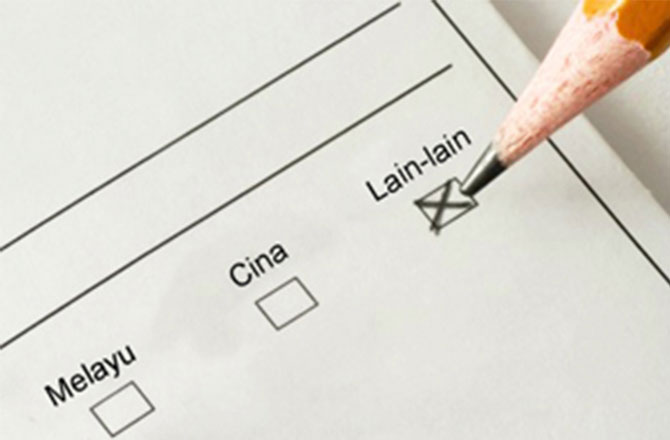 As a child, the concept of race (especially my own) never occurred to me. Sure, I knew my friend Siew Lim had fairer skin and my desk-mate Ashwini had curly hair—but that was that... until the day where I had to fill up a registration form to enroll in Primary One came: in one section, there were four boxes (Malay, Chinese, Indian, Others) and I had to tick one. Unable to do so, I turned to my dad and asked, "Pa, what am I?" 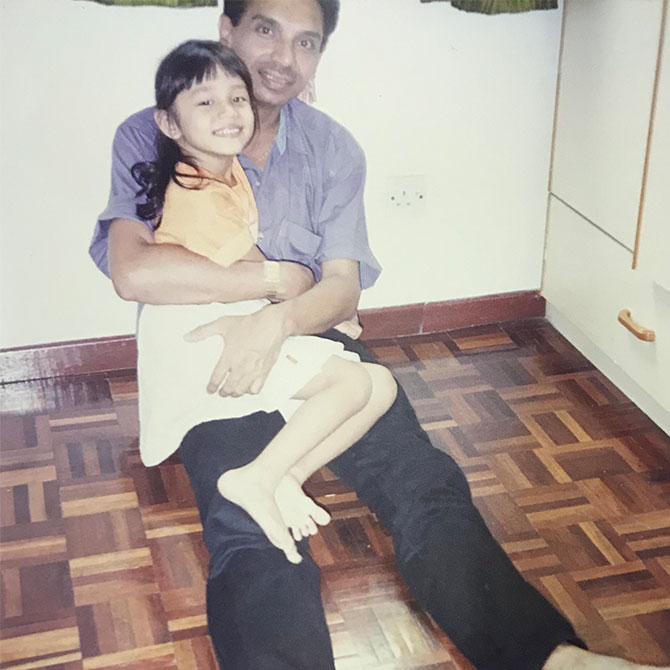 After that registration form (and my dad's thorough explanation), it clicked. I had newfound wisdom. I began understanding all those sappy Petronas ads. And then came a question that would've made me a millionaire by now if I earned a hundred bucks every time someone asked me: "So, what are you actually?"

Most would try to guess based on my facial features or skin colour. Some would get it right (especially if they've friends who are of similar mixed parentage); others wouldn't. To set the record straight: My dad is of Portuguese descent and my mum, Chinese with a dollop of Peranakan thrown in the mix. The ones who get it wrong would usually ask if I'm Chindian, mixed Filipino, or Malay-Chinese; heck I've even gotten Australian-Japanese (where in the...), but it's been a fun guessing game, I guess.

Ah, that typical follow-up question most mixed kids would be familiar with. I've asked a few of my 'celup' friends the same question just to survey what the answers would look like, and most of the time, it's pretty diplomatic. "A bit of both," said one. "I feel closer to my Malaysian-Thai mum's ethnicity despite having Caucasian blood because I grew up here," said another.

I'm sure I speak for many when I say that mixed kids are a little confused when it comes to their sense of (racial) belonging. Why must we pick a side anyway? Truth is, sometimes it's neither here nor there. After all, we're not pure breed; we're not 100 percent a certain race. But one thing we're definitely 100 percent? Malaysian. Labels aside, that's what I feel more than anything, if you ask me.

4. People assume you're from Melaka

To be fair, a decent amount of us do come from that state. That said, there are actually more of us scattered throughout the country. We're rare Pokémons but not that uncommon. Yes, you'll definitely find a De Souza in Melaka, but you'll also stumble across a Rozells in Penang, a Sta Maria in Seremban, or even a Pinto in KL (hello, that's me).

5. Scene: buying food during the holy month of Ramadan

Last but not least, here's a classic scenario all my naturally tan and caramel brothers and sisters can relate to: getting suspicious stares while you eat in public when it's the fasting month. Yup, there's no escaping this annual reminder that Ramadan is here. When it comes to ordering our favourite local food at hawker centres, it basically goes a little something like this:

Me: One fried rice, please?
Vendor:
Me:
Vendor: Boleh letak babi ah? (Can I put pork in this dish?)

To be frank, they're just double-checking so they don't inadvertently serve you something non-halal (and get in trouble for it later). Of course, pork is more than welcome in all my meals (the more the better) and in fact, the meat is often used in Kristang cuisine.

Well, those are some of my personal experiences of growing up as a Malaysian-Eurasian. Sound off in the comments if you have any funny or interesting stories to share about your experience growing up as a mixed-race kid in Malaysia. And with that, happy Merdeka folks!

Of gin cocktails, Kristang cuisine and heritage journey with PS150 and YTL Hotels

Team Buro Answers: Our favourite Malaysian food and the best places to get them