Getting to know an icon

Robert De Niro is an easy definition of success. A Hollywood icon turned an international businessman, there's obviously more to De Niro than what we see on the big screen. Evgeny Tikhonovich from Buro 24/7 caught up with the star during his visit to Moscow, Russia for the opening of Nobu. Here, Tikhonovich delves into De Niro's thoughts on life and business, going past his Hollywood fame and finding more about his perspectives as a businessman, a husband and a father, and an all-round New Yorker.

You came to Moscow as a businessman not as an actor, what role does business have in your life? How did you come to this idea of running a restaurant/ hospitality business?
Yes, business is a big part of my life, it all came about when Nobu asked me if I want to take part in opening a branch of his world famous restaurant in New York, and I already done the TriBeCa grill and I decided to take the offer from Nobu.

Do you remember how you earned your first paycheck?
I made money by delivering packages around the city. And then from the first movie I did, when I was 19 and my mother had to sign a contract that offered $50 per week, I was thrilled. Back then you had to be 21 to sign something as serious as a contract like that.

You are Nobu Matsuhisa's partner, how are his acting skills?
He is pretty good actually, he even appeared in a movie I produced but he was actually cut out of it. If I convinced Martin Scorsese to take him, he must be really good.

Are there any plans to use him as an actor in your future projects?
You never know, there's always a part where someone gets shot. Maybe I'll use him for that.

And what about your cooking skills?
Oh no, I don't cook. These guys I work with are doing a much better job. 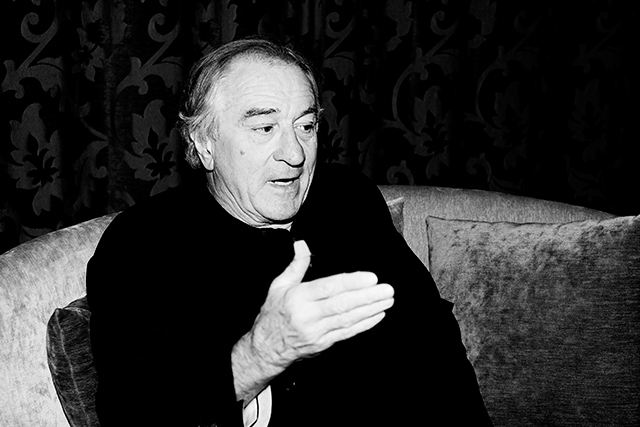 What does such a respected actor who has made hundreds of movies know about the job of a chef?
He understands nothing! The more I learn, the more confusing it gets.

When did you realize how big a star you are? Was there such a point when you said, "there's no way I'm turning back from here"?
I probably realised it after The Godfather 2, but believe it or not I used to worry about it before I made that film. It takes a lot to be recognised especially by people in New York, but even now people sometimes don't recognise me on the streets.

You are known to be a man of very few words, how is your relationship with the media?
As a man of a few words I will say it's OK!

What do you like about the "modern world" and what disappoints you about it?
When I was younger I used to see conflicts around the world and that still seems to be the situation nowadays too. Everyone talks about peace but it seems impossible to come to some sort of unity. It seems that this is the reality, all this things about Isis. These wars between countries are no different between gang fights in New York, Los Angeles or Chicago - it's all tribes that want to control. How can that be minimized? 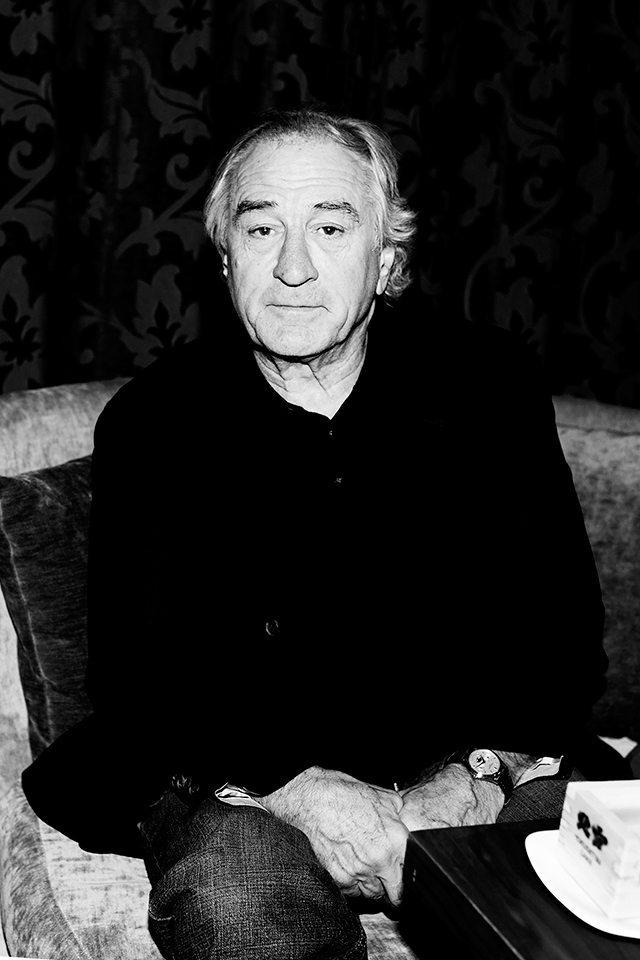 What are the most important things to you right now?
My family, my children; that's my priority.

Do you spend a lot of time with them?
Yes, a decent amount.

Are you interested in high profile life? Luxury? Yachts, jets and all that come with being in your position?
Sure, I like it when it's around me. I can't lie that I can go simple too. Especially with my family, its nice to give that lifestyle and abilities to them. If it was for me alone, I could live a more simple life and even take a commercial flight, but I want to give them that life.

What do you think of the younger generation? Do they inspire you?
Sometimes when I see young actors or smart young people who create amazing things, that's inspiration to me. I hope they will be able to deal with all the conflicts today (like what I was talking about earlier) maybe through technology and instant communication, where things are becoming quickly and universally understood. We all have an iPhone these days and everything goes very fast today, for better and for worse. Movements have happened because of such quick communication and technology is just going to develop further. It's not going away... That genie is out of the bottle. 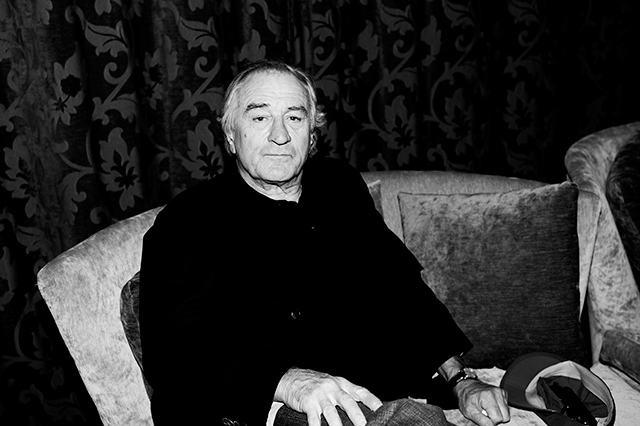 Do you feel like your own age?
I feel younger in some ways but sometimes I realize how old I am, and now if I have a project I know it might take me longer to finish it than before.

What do you appreciate in people most?
If people are nice and considerate, when people are genuine and not trying to be what they are not. It's important to be yourself and not arrogant.

Do you have all your awards stacked in one place?
I have them around in my home and I give some of them to my agents to keep in their offices.

What about being vain?
Yeah sure, I have vanity moments. Sometimes I don't like to look at myself on the screen because I look too fat.

What do you think about the "academy" and the Oscars these days?
It's a good institution and sometimes I wonder how they choose the people who host the Oscars. It's probably because I am older... Its a traditional ceremony but I know they have to take young hosts these days because of the rating demographic so that it will draw a bigger audience.