How ginseng led Sulwhasoo's journey in the last 50 years

It's not everyday that a brand can boast of 50 years of heritage. Sulwhasoo is the exception. The premium Korean beauty brand's philosophy comes from the belief that nature & human as well as body & mind are inseparable. In the quest to provide an all-inclusive skincare range, it looks into the precious ingredients from the East through the use of modern science. This led to the start of the ginseng science technology, which has clocked up an impressive 50 years worth of research.

Donguibogam or "Principles and Practice of Eastern Medicine" is based on traditional Korean herbal medicine where it is believed that neither yin nor yang can exist without the other and they're constantly in a state of endless interactions. Likewise, when yin and yang – the two conflicting forces in our bodies – are in balance, our skin glows from within.

Every seventh year, a woman is said to experience drastic physical changes in the balance of her skin. Ageing is accelerated when we hit the age of 35, more so when the skin is out of balance. In traditional Korean herbal medicine, restoring balance to the skin is the key to achieving healthy and beautiful skin. 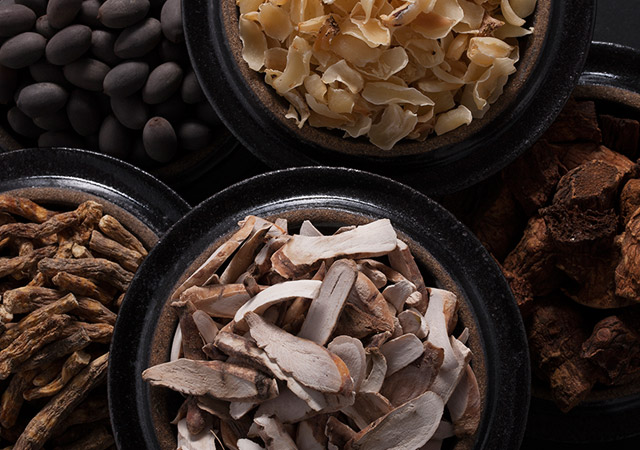 It has long been regarded as nature's most prized herb. Ginseng's active ingredient—the saponin is widely known to provide several benefits including boosting the body's immune system, regeneration of blood vessels, anti-ageing and anti-oxidation properties.

Did you know? Korean ginseng or "Goryeo ginseng" is named after the ancient dynasty of Goryeo from which the English name Korea is derived from.

Since the early years of the company, the late chairman and founder Suh-Sung-Whan was determined to harness the benefits of ginseng for cosmetic products. It was a natural decision as he grew up in Gaesung, a prime ginseng growing area. The researchers extracted whatever they could from ginseng and thoroughly examined efficacies and effects one by one. In 1966, ABC Ginseng Cream was launched and it became the origin of Sulwhasoo in capturing the efficacy of ginseng.

Following long dedication to ginseng research in which the team identified that saponin could be extracted from ginseng leaves and flowers, Ginseng SAMMI was created in 1973. This also marked the first phase of Sulwhasoo's first export to international markets and subsequently, led to a ginseng-based anti-ageing trend in the beauty market.

The global success of ginseng-based cosmetic products meant that there was a demand for Asia's precious botanical ingredients and beauty rituals. In 1987, Sulwha was created with a focus to combine ginseng technologies with active ingredients derived from medicinal herbs and acupuncture-inspired beauty rituals. Sulwha, which means snow flower, was designed to protect and rejuvenate the skin.

Since Sulwha expanded the scope of research in botanical ingredients, next the brand looked into the efficacy of natural ingredients and processing methods. Drawing on Donguibogam, the goal was to maximise synergy among the ingredients and not just focus on the efficacy of individual medicinal herbs. This eventually led to the discovery of a unique formula, JAUM Balancing ComplexTM. Sulwha then became what we know it as today when "soo" (meaning excellent) was added to form Sulwhasoo in 1997.

In 2000, Sulwhasoo introduced the first generation Concentrated Ginseng Renewing Cream which was formulated using Red Ginseng Stabilisation technology and Multi Emulsion technology. The following year, Sulwhasoo's technology prowess in ginseng efficacy saw the brand acquiring patents regarding saponin derived from red ginseng and white ginseng. It had also developed the Bio-conversion technology to deliver saponin to the deeper layers of the skin. Saponin is not easily absorbed into the skin with conventional methods. 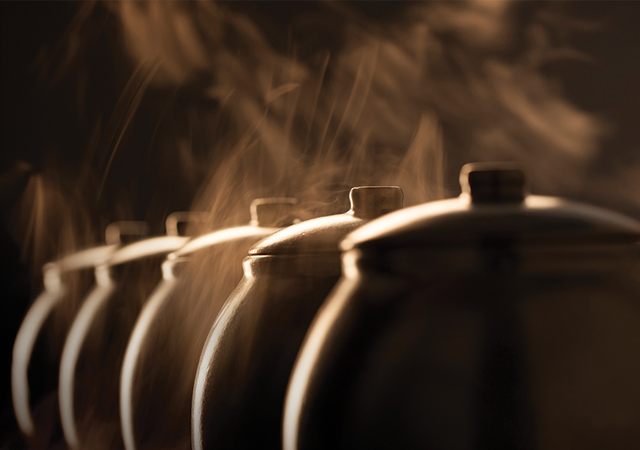 Ginsenomics is a true testament of Sulwhasoo's commitment to ginseng research and technology in the last 50 years since the release of the ABC Ginseng Cream in 1966. The premium beauty brand has conducted research on the entire ginseng plant from roots to leaves, fruit and flowers. Through Ginsenomics, Sulwhasoo was able to identify how each respective part will work best on the skin.

Ginseng roots – a proprietary technology means it could deliver anti-ageing and whitening active ingredients to the deeper layers of the skin.

To provide the skin with the greatest anti-ageing efficacy derived from the best quality ginseng, Sulwhasoo manages the entire procurement process with the upmost care. This includes selecting farming fields, implementing organic cultivation methods and harvesting.

It is a painstaking process, which led Sulwhasoo to establish the Sulwhasoo Ginseng Certification, a process to ensure that strict criteria are met to deliver products with integrity. This has been the basis of Sulwhasoo's commitment in the last 50 years. Find out more about Sulwhasoo's 50 years heritage here.